De Waal, with 415 inhabitants, is the smallest village in Texel. It is a picturesque village with only a few narrow streets. The cute old houses and farmhouses make you feel like you are in a bygone era.

The Cultural History Museum of Texel is located in De Waal. This surprising and interesting museum is housed in an old farm and offers insight into former life on Texel. Here, among other objects, old carriages and agricultural tools are exhibited in order to learn about the history of farming life on Texel.

Central on the island

Hotel De Waal is located in the middle of De Waal and is close to beautiful cycling paths, nature reserves and bird sanctuaries. The forest and beach are easily accessible by car and bicycle.

Just like Den Burg, Oosterend and Den Hoorn, De Waal was built on one of the boulder clay impoundments from the ice age. On the north-west side of the village (the Polderweg) the height of the village in relation to the Waal and Burg polder is clearly visible. Before this polder was dried for the first time (1436), the sea could flow freely between the village and the high country around Den Burg.

De Waal lay on the coast until 1613. Then, after the Waal and Burg polder was finally dried, De Waal became located centrally on the island. In 1909, the Society for the Preservation of Nature bought the first land in Waal and Burg, after which the polder became a very important breeding and wintering area for birds. Waal and Burg is one of the many nature reserves Texel offers.

The residents of the various hamlets created connections between the higher areas by means of dams. The Bomendiek, the beautiful southern access road to De Waal, is believed to be one of those first dams. Later, this dam was further heightened and, until the Waal and Burg polder was drained, it functioned as a dike.

A tufa church from the 11th century originally stood in De Waal. This building was demolished in the 19th century and replaced by a brick church. During the revolt of the Georgians at the end of the Second World War, the church burned to the ground. During rebuilding, they encountered the foundations of boulders. The new church was completed in 1952. Until 1961 this church had no tower due to a building stop that was declared on church towers. The organ in the church was part of the Dutch entry to the Expo in Brussels in 1958. 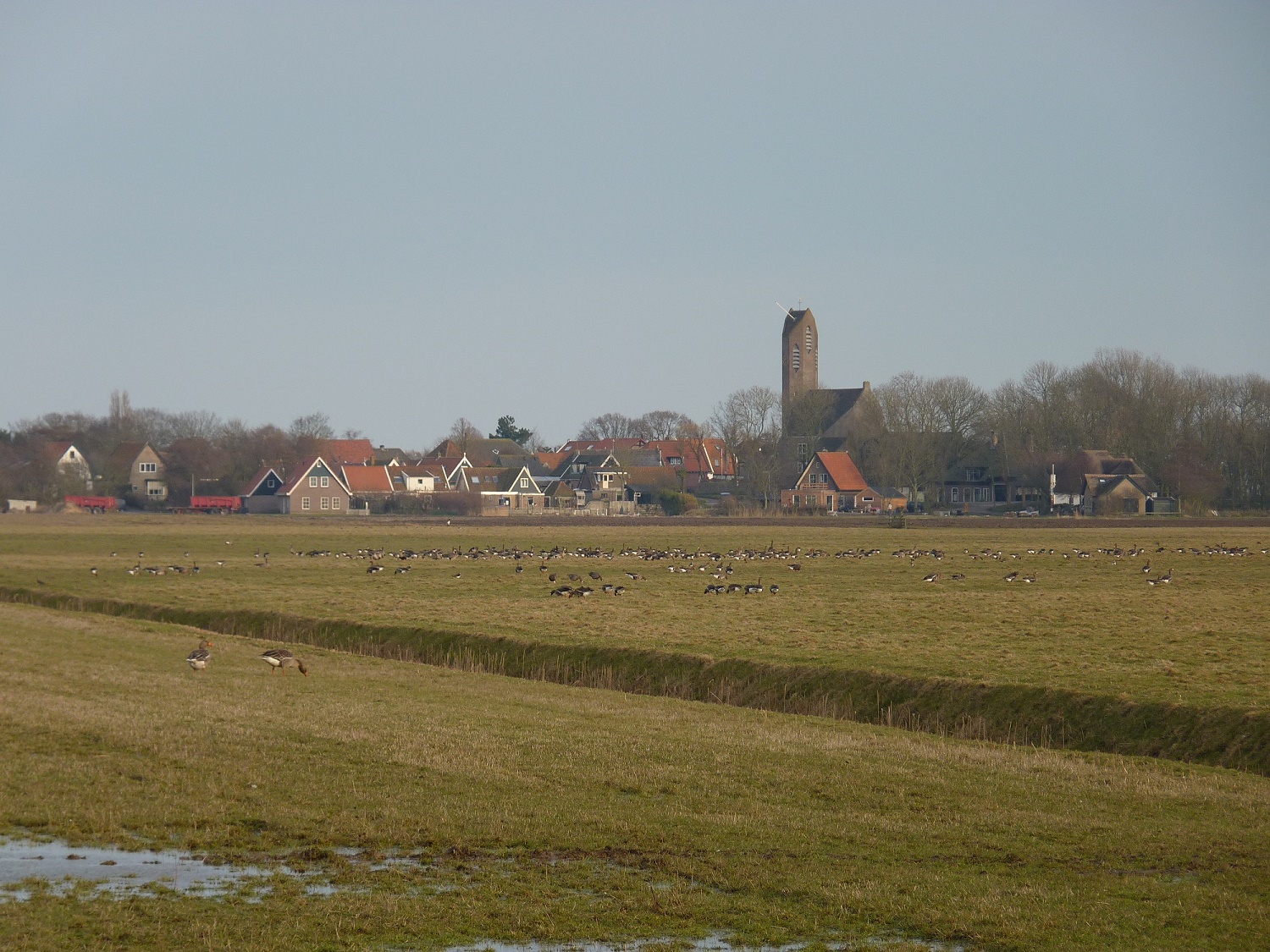